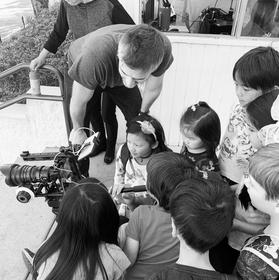 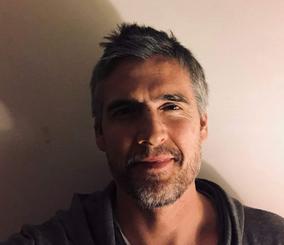 Jordi Ortega is a Writer/Director from Barcelona, based in Los Angeles. He is available for commercials, music videos, documentaries, Film & TV.

Jordi's life can be traced wherever his stories have taken him. A global citizen and a student of emotions, he loves working with actors and is experienced working with non-actors (including children and animals) in projects requiring tremendous flexibility. A believer in responsible messages, Jordi's signature is the pursuit of our common humanity, the celebration of different cultures and the infusion of hope in his stories.

Jordi began his eclectic career as an investigative TV journalist, and has also worked as an advertising copywriter and company spokesperson. As a result, he has experience from the production company, advertising agency and corporate client sides.

His training has also been diverse: he has studied communications in Spain, documentary history and literature in France, arts at USC, biomedical journalism at the Marine Biological Laboratory, video editing at Moviola, screenwriting with Pilar Alessandra, and business management at UMass Amherst.

Then followed the independent documentaries Poetry Slam (2005), showcasing some of the best emerging poets in the United States, and American Politics All You Can Eat (2009), about U.S. elections, featuring an interview with Sean Penn.

Jordi is a member of WGA and SAG.